Its objective is to produce a waste stream (or treated effluent) and a solid waste or sludge suitable for discharge or reuse back into the environment. This material is often inadvertently contaminated with many toxic organic and inorganic compounds.

Pre-treatment removes materials that can be easily collected from the raw wastewater before they damage or clog the pumps and skimmers of primary treatment clarifiers, for example, trash, tree limbs, leaves, etc., The influent sewage water is strained to remove all large objects carried in the sewage stream. This is most commonly done with an automated mechanically raked bar screen in modern plants serving large populations, whilst in smaller or less modern plants a manually cleaned screen may be used this is called as screening.

The raking action of a mechanical bar screen is typically paced according to the accumulation on the bar screens and / or flow rate. The solids are collected and later disposed in a landfill or incinerated. Pre-treatment may include Grit removal in which, a sand or grit channel or chamber where the velocity of the incoming wastewater is carefully controlled to allow sand, grit and stones to settle.

In the primary sedimentation stage, sewage flows through large tanks, commonly called “primary clarifiers” or “primary sedimentation tanks”. The tanks are large enough that sludge can settle and floating material such as grease and oils can rise to the surface and be skimmed off. The main purpose of the primary sedimentation stage is to produce both a generally homogeneous liquid capable of being treated biologically and a sludge that can be separately treated or processed. Primary settling tanks are usually equipped with mechanically driven scrapers that continually drive the collected sludge towards a hopper in the base of the tank from where it can be pumped to further sludge treatment stages. Grease and oil from the floating material can sometimes be recovered for specifications.

Secondary treatment is designed to substantially degrade the biological content of the sewage which is derived from human waste, food waste, soaps and detergent. The majority of municipal plants treat the settled sewage liquor using aerobic biological processes. For this to be effective, the biota requires both oxygen and a substrate on which to live.

There are a number of ways in which this is done. In all these methods, the bacteria and protozoa consume biodegradable soluble organic contaminants (e.g. sugars, fats, organic short-chain carbon m molecules, etc.) and bind much of the less soluble fractions into floe. Secondary treatment systems are classified as fixed-film or Suspended- growth.

In general, activated sludge plants encompass a variety of mechanisms and processes that use dissolved oxygen to promote the growth of biological floe that substantially removes organic material. The process traps particulate material and can, under ideal conditions, convert ammonia to nitrite and nitrate and ultimately to nitrogen gas. 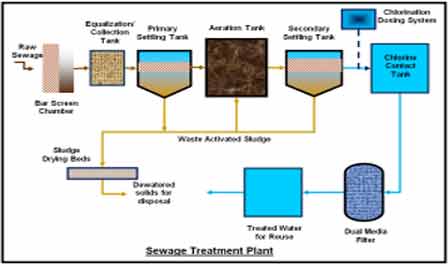 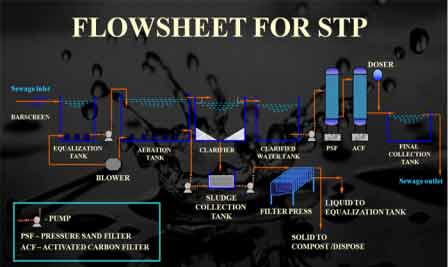 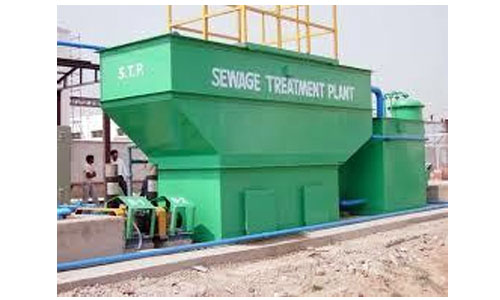 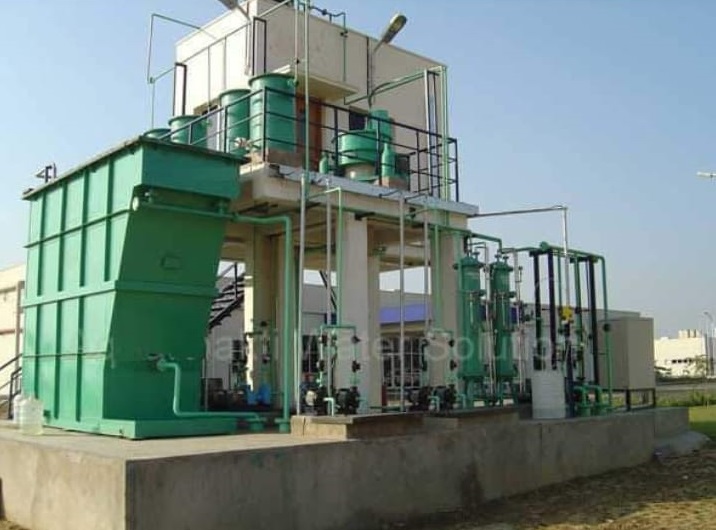